Hello, friends! Lately I have been compiling a list of fantasy books by people of color to buy after I complete my big move from the U.S. Midwest to the east cost. I wanted to share with all of you some of my top picks as a teaser for what reviews are to come. I know I do not read enough books by non-white authors, and there is no better time than the present to act on changing that! If any of these sound interesting, I encourage you to buy some of them yourself. If you do choose to buy some of these titles, please consider buying them from a black-owned book store that delivers orders by mail (which is also what I will be doing). Now, to the books!

A Phoenix First Must Burn edited by Patrice Caldwell 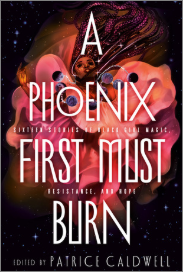 Let’s begin with a YA short story collection. I plan to pick up this collection in order to expand my knowledge of various black YA SFF authors. I find short story collections to be a great resource for discovering a taste of a new-to-me author’s work, so that is exactly what I plan to do. A few of the featured authors include Elizabeth Acevedo, Amerie, Dhonielle Clayton, Jalissa Corrie, Somaiya Daud, Charlotte Davis, Alaya Dawn Johnson, Justina Ireland, Danny Lore, L.L. McKinney, Danielle Paige, Rebecca Roanhorse, Karen Strong, Ashley Woodfolk, and Ibi Zoboi. 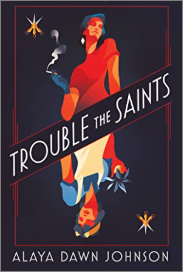 This next book is actually by one of the authors featured in the short story collection above, but this novel is listed as adult fiction instead of YA. This historical fantasy novel takes place in New York City on the cusp of WWII. It follows a girl from Harlem who becomes an assassin in the Manhattan underworld. It sounds like there will be secrets and mysteries to discover, but the book had me at “historical fantasy and assassins in the Manhattan underworld.” Yes, please! 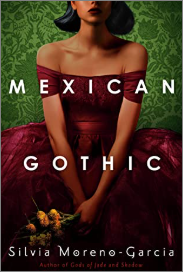 I read and reviewed one of this author’s previous novels, Gods of Jade and Shadow, earlier this year. While that novel was about a regular girl having an adventure and falling in love with a god of death, Mexican Gothic is about a woman who answers her newly-married cousin’s desperate letter for help. The cousin’s husband may be the cause of her panic, but there may also be some paranormal or fantasy elements at play too? Either way, count me in! This is another historical fantasy novel, but this time set in the 1950’s Mexican countryside. 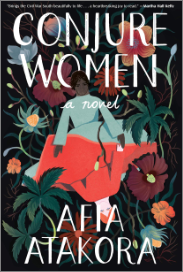 This is another adult historical fantasy. It takes place before the Civil War, but it is also said to span multiple eras and generations. It appears to focus on a few different characters and their struggles during this period of history, but in addition to the historical aspects there are curses and maybe some healing magic? I don’t see many books that feature healing magic, so I’m automatically interested whenever I see one. This book initially caught my eye because of the beautiful cover, but after reading the synopsis, it sounds so unique that I have to give it a try. 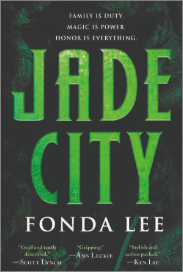 Jade City is the first book in an adult urban fantasy series that has crime syndicates, magical jade that grants superhuman abilities, and clan wars. I have been looking for some good urban fantasy, and this series sounds like just the thing. It has been out for a little while, but I haven’t heard much about the series elsewhere online despite its favorable reviews on Goodreads. I look forward to forming my own opinion after reading it.

The Deep by Rivers Solomon 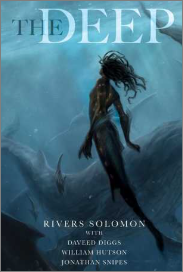 This book was inspired by a song called “The Deep” by Daveed Diggs’ rap group, Clipping. This sounds like a hard-hitting adult, historical fantasy, LGBT+ novella from what I have read about it. The descendants of the pregnant slave women who were thrown off of slavers’ ships have become something like sirens or mermaids. Since their past was so traumatic, only one of their kind is tasked with remembering it. The novella follows Yetu’s journey as she discovers her people’s past and leads them toward their future.